Charitable Words Scholars‘ mission is to connect students interested in humanitarian work with nonprofits in Greater Cincinnati and around the globe.

Most are assigned to local projects in areas such as literacy, education, children-at-risk, serving the elderly and supporting the arts here at home. But we also believe there’s a place for learning and lending a hand anywhere needed, where it can make a big difference for those served and the student. Giving time, effort and a few dollars can have a ten-fold impact in developing countries. And I have seen life-changing experience on many of the students faces, and in their hearts, upon return.

That’s why some Charitable Words Scholars have traveled to Nicaragua and East Africa. They have worked on clean sustainable water and education projects and have brought back impressive documentary work, such as “Telling True Stories in Tanzania.” While our work is primarily local, future assignments will continue to include a global mix.

But a Somali photographer working on a documentary photo and film exhibit in Southern France?  How does that happen?

On so many levels it makes so much sense that Bachir Nuor, a photography student in the Provence region of France, interned as a Charitable Words Scholar at the prestigious Rencontres d’Arles summer festival of photography. Bachir worked with the Manuel Rivera-Ortiz Foundation for Documentary Photography and Film on its exhibition at the festival.

Recontres d’Arles has significant stature in Europe. Being shown, even being there, is important to European photographers. What Cannes is to film, Arles is to images. What the Pulitzer Prize is to Americans, Recontres is that and more to international photojournalists.

Bachir is there because of a life-long, loyal friendship, shared journalistic values and a fair dose of serendipity.

Manuel’s New York-based foundation funds — and provides guidance by a team of internationally acclaimed photographers – to young photographers around the world. This previous post reviewed how I ended up to be on his advisory board and at a meeting in a Parisian café where this summer project all started.

Manuel and I have shared journalistic core values since I gave him a camera and an assignment to shoot, many years ago in upstate New York. Since then, we have kept in touch as he advanced to become a documentary photojournalist on an international plane – and on his own terms.

As an advocate and proponent, I have worked some of the best and been exposed to substantial photojournalism, including twice judging the Pulitzer Prizes for Photography. But find too often the work that gets most notice spins on an axis of war, famine, lost hope and despair.

Manuel shares that concern. He wants more focus on realities of everyday life, hope. And he has earned the right to that opinion, as a photojournalist and as someone who has been there. 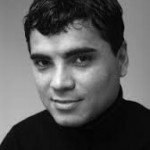 “There” started in a barrio on the Caribbean coast of Puerto Rico. The oldest of 10 children, he grew up in a corrugated tin shack with dirt floors and no running water. His father hand-chopped sugar cane in the fields of his homeland and labored as a migrant worker in The United States, eventually settling in Rochester, New York.

During those travels, Manuel attended migrant summer school programs and various schools, always learning about photography. In high school, even though Spanish is his first language, he graduate with honors and went on to a master’s degree from Columbia University.

We’ve kept in touch and it was wonderful to follow his career as he went on to become an internationally renowned photojournalist. His web site shows images of mine workers in Bolivia, the “Dalit” untouchable caste in India, slums in Cuba and much more, from Kenya to Turkey to Thailand. His work focuses not on sensational, war-and-famine images but on the realities of everyday life in an underprivileged world.

“The irony about my photography is that making these pictures constantly reminds me of my past.” Manuel says. “But life continues without regard for my own struggles growing up. It is for this reason that today I make these pictures to lend the voice I have been given to those who like me then, are still living in poverty today.”

What drew me to work with his foundation was our friendship, yes. But also its mission:  “Not on sensational, war-and-famine images but on realities of everyday life in an underprivileged world.”

At a crowded, noisy café in Paris, we talked about a segment of the Arles exhibit that would portray everyday lives of citizens and refugees of Somalia, a country that invokes images of civil war, piracy and terrorism. But as in all corners of the world, there are pictures to be made about people adapting and doing their best to live their lives amid unrest and incivility. The image above  by 2013 finalist Lorenzo Masi illustrate that spirit of the foundation’s mission.

I mentioned that Ohio has a significant Somali population (nearly 40,000 immigrants and refugees) and is home to a journalism program at Ohio State University. What if we could find and fund a Somali OSU student to intern in Arles? We agreed it would be a worthwhile, wonderful project. But when I returned to Ohio, I made some calls and hit some walls. There were a few Somali students, but none available for this assignment. Expenses and paperwork intervened. But we held on to the idea. It just seemed right, on so many levels.

Manuel’s team found Bachir, who joined a team of interns setting up exhibits and helping the foundation team during the festival.

I wish I could have been there, too. But my daughter Colleen’s marriage consumed the month of July, joyously. I plan to get to the next major international exhibit the foundation is involved with.

How wonderful would it be to see a local photography student’s work on the walls of such an exhibit someday? Work by Charitable Words Scholars from the University of Cincinnati’s Journalism program and others give me confidence that is likely to happen.

Charitable Words Scholars has a few projects in mind for the coming school year that may include travel documentary work with nonprofits doing work in developing countries.

Let me know if you are or might know someone interested. Ability to speak French would be needed, a passion for photography and storytelling expected. There must be a student out there that fits those criteria and we have months to work on next year. You never know. The story of Bachir Nuor’s assignment as a Charitable Words Scholar illustrates anything is possible.

Let me know. A  cup of café au lait would be a good place to start. I’m sure we can find one right here in Cincinnati.