I had a breakfast meeting this week with two decision makers from the philanthropic arm of one of our community’s largest business names.  They agreed. Good storytelling counts. 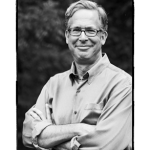 And awaiting word from the IRS so I may officially start asking for funding for scholarships and intern assignments for students who want to work in the nonprofit sector.