Educator Turns Reporter For Summer And Restores Her Faith In Storytelling

Elissa Yancey, vice-chair of The Charitable Words board and volunteer advisor, was awarded a six-month long fellowship with Images and Voices of Hope, a Florida-based nonprofit that focuses on storytelling in the form of  “Restorative Narratives – a term IVOH coined to describe a genre of stories that show how people and communities are learning to rebuild and recover in the aftermath or midst of difficult times. 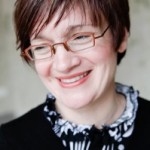 Elissa is director of media and communications for the Office of the Provost at The University of Cincinnati as well as contributing environmental editor at WCPO Digital.  She attended IVOH’s annual summit June 25-28 in the Catskill Mountains of New York.  Elissa was accompanied by UC  journalism student Natalie Coleman who was awarded a Charitable Words Scholarship to attend the summit.  Her report on the IVOH web site about her experience is republished here, along with links to her reporting on WCPO.com

When I attended my first Images and Voices of Hope Summit last summer, I didn’t know what to expect. I loved the pastoral setting of Peace Village in the Catskills and soaked up the contemplative time the long summer weekend offered.

But it was during the varied sessions about storytelling designed to restore rather than simply inform that I felt the deepest connection. I wanted to know more about this notion of restorative narrative and the capacity of richly reported stories to build connections and empathy. I wanted to figure out how reporting might not only help shed some light on my city’s 50-plus percent childhood poverty rate, but foster understanding and inspire sustained action.

I returned to Cincinnati inspired to put what I’d learned to use, both in my reporting and in my teaching. When I received an inaugural IVOH Restorative Narrative fellowship in fall 2014, I set out to find a subject that would allow me to explore the possibilities of restorative narrative while sparking a community’s conversation around the human toll of economic justice.

Turns out that I didn’t find the right opportunity. It found me.

During fall semester at the University of Cincinnati, I’d been visiting the Society of St. Vincent de Paul’s offices in Cincinnati’s inner-city West End neighborhood with a group of students in my reporting class. I’d made several weekly there before I met LaMonica Sherman. But a week didn’t go by without someone telling me about her. Employees and volunteers dropped her name so often it was clear that she was legend at the non-profit.

“Have you met LaMonica?” they’d ask. “You really need to meet her. She’s got a great story.”

But I wasn’t there as a reporter, I told them. I was there as a professor.

On my third visit, I met Liz Carter, who was executive director of St. Vincent’s at the time. A former journalist herself, she was excited about my students’ projects, but immediately mentioned a new book club that St. Vincent’s was sponsoring in Winton Terrace, a notorious local housing project.

Carter explained that a group of nearly all women were reading “Tattoos on the Heart,” a nonfiction account of Los Angeles gang members’ rocky journeys to redemption. She told me about the connections Winton Terrace residents had made between the book and their lives in the city’s oldest subsidized housing development. And she told me about the woman who started not only the club, but also St. Vincent’s operations in the community.

Her name was LaMonica Sherman.

LaMonica Sherman’s inspiring work to improve lives in her comunity of Winton Terrace was the subject of Elissa Yancey’s five-part “restorative narrative” series on WCPO.com

Then, the next Saturday at Bank Street, I met LaMonica. She was, as I describe in “A Prayer for Winton Terrace,” a bright blur of color and energy. And I knew, at that moment, that I had my fellowship subject.

Click here to read the “Prayer for Winton Terrace” series on WCPO.com

Everything about LaMonica’s story led me back to key restorative themes: her resilience, the strength of her convictions and her faith. Her struggle to overcome the dark cloud of poverty continued, but she had already climbed out of the depths and was actively pulling others out behind her.

Still, in order to make the project work, I knew I needed more. I needed access. I needed time. I needed context.

LaMonica made the access part easy. Whether I was spending Valentine’s Day at a meeting of the Sister Circle or crammed in the backseat of her white sedan as I traveled with her family to Easter Sunday services, LaMonica welcomed questions. Even the uncomfortable ones. What kind of fights did she get into in high school? Why did she stop going to church? How did she deal with the death of her son’s father?

When I didn’t check in on LaMonica, she checked in on me, seeming to sense when I’d had a bad day or faced a particularly tough deadline. We talked about the concept of a restorative narrative, we talked about facing hard truths, we talked about shining light into dark places of hopelessness and despair. As we pieced together the patchwork of her life, I began to see LaMonica as a partner in as well as the subject of this restorative journey.

The IVOH fellowship gave me time. Six months of conversations, interviews, research, writing and editing transformed the story from a traditional feature into something richer, something deeper. I was there when LaMonica helped her daughter move into her college dorm, a very tangible break from a multi-generation cycle of poverty. I sorted through family pictures and stories with her mother. I watched her minister in and out of churches.

But still, I had a full-time job to maintain. So, I fit reporting in on weekends and evenings. I made phone calls during lunch hours. I showed up in Winton Terrace for scheduled events and interviews and dropped by whenever windows of opportunity opened. Neither of us knew for sure what the finished product would look like, but LaMonica seemed to sense what else I needed to know. She connected me to family members, to friends, to neighbors, to clients. When she was honored with a Martin Luther King Jr. award for “keeping the dream alive,” she made sure I had a front-row seat.

What I learned from LaMonica and from my time in Winton Terrace helped shape the data I started to collect. I needed to add context so that readers outside of Winton Terrace could understand what I could see so clearly in meetings of the community support groups LaMonica had started.

The Census data showed so much. WCPO Digital’s data reporter Mark Nichols sifted through the latest U.S. Census data and found that not only was half of the population of Winton Terrace 18 or younger, all of the young people lived in single-mother led homes. Single-mother-led homes with an average household income of about $8,000 a year.

Comparing the income levels, the education levels and the living situations of Winton Terrace residents with those in the rest of the city’s population helped paint a stark backdrop to LaMonica’s work. And it made her bright blur of color and energy all the more compelling.

As I wrote and re-wrote, edited and re-edited the five-part multi-media series about LaMonica and Winton Terrace, I kept considering what elements made her story restorative. That restorative lens informed how I shaped the narrative, how I chose details and quotes. It offered me a framework upon which to hang the story of LaMonica’s life.

The response to its publication has been overwhelming, both in Winton Terrace and in the Greater Cincinnati community. Readers have told me they’ve been inspired by the stories, that they feel empowered by LaMonica and her work, that the narrative gives them hope.

But what is the measure of success of restorative narrative? For me, it’s about more than the response to my fellowship series. It’s about shifting my work as a storyteller and as a journalist. It’s about using restorative tools—like looking for access, pushing for time and emphasizing context—on an as needed basis, whether it’s in a tweet or a 6,000-word multi-media series.

“As the local organization that maintains the frontline of emergency aid for neighbors in need, our ability to impact Cincinnati neighborhoods is unparalleled. We accomplish this by consistently drawing inspiration from our history, values, beliefs and founding principles. Although part of an international organization, St. Vincent de Paul of Cincinnati is very much a grassroots charity: we create programs and fund a network that targets and directly administers to the specific needs of local residents; simultaneously, we draw on the experiences and occasional help of of Councils throughout the country.”

About Images and Voices of Hope

IVOH’s stated mission is to increase “awareness of the choices those in media make that raise public trust, generate constructive meaning, and amplify human hope, enhancing humanity’s capacity for life-promoting action.”  That mission aligns well with Charitable Words which connects nonprofits with student journalists and volunteer to help them better their impact and  best tell their stories.

Click here to support Images and Voices of Hope

Charitable Words’ mission is to help nonprofits – often with lean, if any, budgets for communications and marketing – improve their impact and better tell their stories. A corollary goal: Provide experience and paid internships and assignments to a “purposeful” generation of students facing an unprecedented bubble of debt. Students and our partners benefit by the engagement and guidance of our network of volunteer professional advisors and connections to pro bono resources. Since 2012, more than 70 students and recent graduates engaged with 30 nonprofits through scholarships, internships and special assignments.

Please share this important work by clicking on social media buttons below.