‘Thought Partners’ In A Global Village 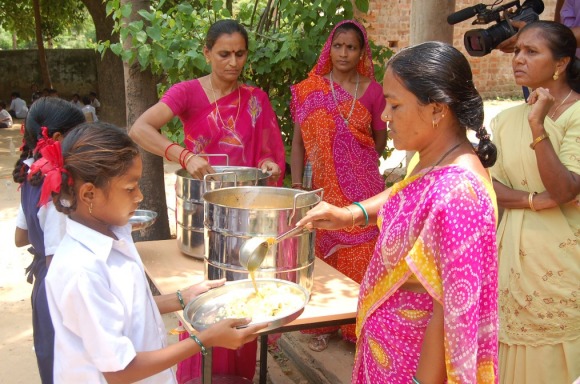 When I introduced the Charitable Words Daily Nonprofit Wire report a few months back, I used a quote by President John F. Kennedy:  “One person can make a difference, and every person should try.” I respectfully took the liberty of adding:  “Add a few friends and big things can happen.”

It’s called collective action. And it works when the right people get together for the right reasons.

One of the greatest joys of Charitable Words’ work is connecting thought partners of common interests.  If they are working to change their worlds, even better. When I meet people and hear them talk about their passions, I immediately think “I know someone you must meet!” Business cards come out, Facebook invites are sent, text numbers exchanged. Game on.

More often than not, those people do connect. It is great to see them months later, interacting on social media, meeting for lunch, becoming close friends and allies.

Last week, the connecting mission went global for me. But also showed what a small world this is, indeed.

I was in Portland at The Social Venture Partners International convention.  SVP is a network of engaged philanthropists in 29 cities in places like Cincinnati, Seattle, Phoenix and Dallas. It’s also present in Canada, Japan and most recently India. They are all partners who believe they can have a positive impact on their communities by supporting nonprofits with funding and leverage greater value with hands-on help and expertise.

My involvement started in retirement a couple years back when my wife Maureen encouraged to join her as a partner with SVP Cincinnati, doing work in local green causes and children and families at risk. Since I had the time, I got involved on SVP’s global mission as a member of its international board.

In Portland, I looked forward to meeting the forces behind SVP’s most recent initiative in Bangalore, India. I prepared by asking University of Cincinnati professor Ratee Apana for tips and guidance. She is active in women’s issues globally and keeps her homeland close to her heart. I promised Ratee I would connect her with those I would meet.

That happened when I met Arathi Laxman, SVP Bangalore’s Executive Director. We will keep in touch about their work to use collective action to alleviate poverty in the region. I may try to visit next year, as well.

Emails followed in which I encouraged “Ratee, meet Arathi” and “Arathi, meet Ratee.” I am sure they will, given all they have in common.

And, oh, one more thing: Ratee next time you visit home, Arathi has one request.

Bring some Cincinnati chili. Turns out she worked for Cincom in the late 1980’s and lived in a house in the same zip code and general neighborhood as mine now.

This global village is a small, small world, indeed.

Here are Charitable Words for those with common causes and passions for positive change: Funds are always needed, of course. But connections are currency, too. Thought partners are treasures. And friends, old and new, are gold standard.