In the past few months, I have been working with Charitable Words Scholar Brandie Potzick on a video documentary she produced about her spring break trip to Nicaragua. 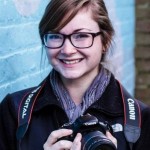 Brandie, along with Charitable Words Scholars Kaytlyn Exeler and Kelsey Kennedy, traveled to Central America with Serve Beyond Cincinnati, a University of Cincinnati student group that “strives to do more than watch the world turn.”

The group worked with Amigos for Christ to drill wells and build water and sanitation systems. Working alongside the village communities, the project creates an infrastructure to produce 100 gallons of water each day at every home.

While I’m proud of the work the students did on the trip, it was equally rewarding to watch Brandie work countless hours on the video.

The first cut we reviewed shortly after the group’s return was 10 minutes long. It included too many shots of the students, talking heads and generic landscapes. That’s all good for a travelogue to show friends and family and I’m sure that version will be appreciated by many. But good documentaries should focus on the people, on the work. That is the story.

Brandie cut her video’s duration time by two-thirds (I know how painful that must have been) and focused on the people, the work, the story. In subsequent versions my only suggestions were to apply a few fade effects, work on timing and cadence and end with an “ask” showing the web site where viewers could go for more information, to volunteer or donate.

I love her final cut, shown with this post.

The images are compelling. I like the score and the cadence, with chimes accenting still images. She used voice-overs well and graphics were clear and concise.  The writing, in its simplicity, was powerful:

She didn’t let the story drop when spring break ended. The video included this uplifting update:

in the community of Miguel Cristiano

turned on clean, running water for the first time ever.”

Powerful words, compactly presented. No fancy video tricks needed.  And visuals fit the story line, not going off on their own show. That happens too often in video work.  Here, the story ruled.

Brandie still has some work to do on audio levels and camera balance. But skills can be taught and tools can be bought. I look forward to her future projects as a humanitarian and storyteller.

I tend to get hyperbolic and emotional about the work of the Charitable Words Scholars. But I sincerely want Brandie to know that I’ve been blessed and privileged to work with many talented visual journalists over the years – Pulitzer-winning photographers, Emmy-winning videographers. While not personally near that caliber of company in my own skills, I know what good work is. My current role as an advisor with an international photo and film documentary foundation continues to expose me to important and impressive work.

Charitable Words Scholar Brandie Potzick, it was a pleasure to work with you.

You traveled to Nicaragua. You went to work, got the story and told it well.

You’ve got what it takes.